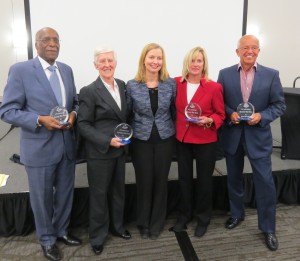 Forget the negative images of rocking chairs and idleness to describe the elderly. Pro Seniors’ “Seniors Who Rock” are an inspiration for their achievements well into their senior years. On Monday, November 9, 2015, to celebrate their 40th anniversary, Pro Seniors honored Marty Brennaman, Sr. Rose Ann Fleming, the Honorable Nathaniel Jones, and Mary Meinhardt as Seniors Who Rock.

Brennaman has been the iconic radio voice of the Cincinnati Reds on the Cincinnati Reds Radio Network since 1974. Fleming, an attorney, is special assistant to Xavier President Michael Graham, S.J., and an NCAA Faculty Athletic Representative for Xavier University, working with the men’s basketball players. Judge Jones has had a distinguished career that includes serving as general counsel of NAACP and on the US Court of Appeals for the Sixth Circuit. Meinhardt is a dedicated advocate for seniors, serving as a volunteer guardian for Cincinnati Area Senior Services and board member of EPIC House and Pro Seniors.

Each honoree talked about a quote that has inspired them and kept them rockin’ while weaving in personal stories. Brennaman chose two quotes: Grantland Rice’s “For when the one great scorer comes to write against your name, he marks not that you won or lost, but how you played the game” and “Don’t pass up the opportunity to apologize for a mistake.” Fleming showed how the Bible verse “Encourage one another day after day” has been meaningful for her. Jones quoted Pastor Martin Niemöller’s famous poem, “First they came for the socialists and I did not speak out because I was not a Socialist . . .” And Meinhardt urged the crowd to “just do it.”

“Pro Seniors wanted to celebrate the significant contributions so many seniors make,” says executive director Rhonda Moore. “To shine a more positive light on seniors, we are extremely pleased to honor four remarkable Seniors Who Rock to recognize our 40th anniversary.” 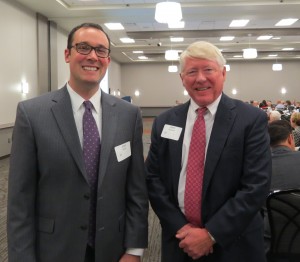 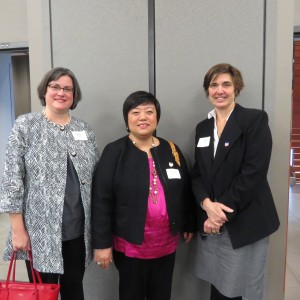