Goode Becomes President of Board

Goode Becomes President of Board 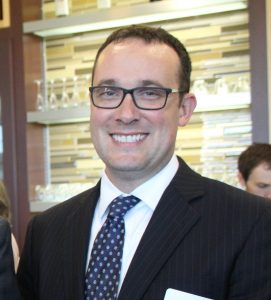 Josh Goode, an attorney with Barrett & Weber, assumed his role as president of the Pro Seniors Board of Trustees today.  Michael Kennedy is now vice-president; Chad Levin is secretary, and Tom Meyer is treasurer.

Executive director Rhonda Moore thanked Chris Buttress for her outstanding leadership as president for the past two years.  She also thanked Stan Vollman for his work as treasurer.

Josh has been on the Pro Seniors board since 2011, and has served in a number of leadership roles, including secretary, vice-president, and chair of the resource development committee.  We thank him for his continued dedication to Pro Seniors.